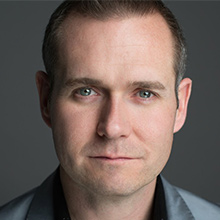 Alan Smithson is an entrepreneur and investor who has always been on the cutting edge of emerging technologies. After graduating from the University of Guelph with a Molecular Biology degree, Alan realized technology and music were his passions. He pursued a career in the DJ industry which developed into an AV Production & DJ Company, Star Productions Inc; leading to the creation of the EMULATOR, the world’s first touchscreen DJ System.

His latest endeavor as Co-Founder & CEO of MetaVRse has entered him into the world of virtual and augmented reality experiences, becoming a leader in business applications for AR/VR and providing insight into this exploding field of technologies. MetaVRse was named Top 100 Rising Startups by Techweek and nominated Global VR Startup of the year by VR Awards

Alan has been recognized as an industry pioneer, and was recently mentioned in an article on “10 Virtual Reality Leaders you should follow in 2016”. Equally comfortable behind a turntable or a group of Fortune 500 executives, Alan continues to evolve MetaVRse and its innovations, and is working on his third book, “Immersive Technology for Business”

Robots and Other Humanoids at Retail