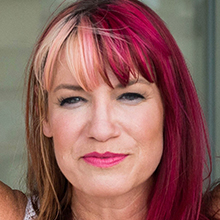 Amber J. Lawson is on a MISSION: TO DO GOOD AT SCALE impacting #abillionlives as the founder/ CEO of Good Amplified. Good Amplified leverages cutting edge platforms including blockchain, Crypto Currency, predictive agorythms, vertical location based marketing and social media stortelling to drive donations and awareness to nonprofit causes. Lawson is the founder of the movement to impact #abillionlives through social media. Lawson is leveraging crypto curriencies to empower women and causes around the planet. Lawson is a well known inspiring speaker and MC in the digital, social media storytelling, marketing and nonproft circuts. Lawson was awarded Cynopsis Women in Digital Entrepreneur of the Year & Top 50 Women in Digital for her work as cofounder & CEO of The Emmy & Streamy Nominated and IAWTV best live event Winner, Comedy Gives Back, leveraging comedy across platforms raising money for various charities, a global digital telethon. Lawson is a founding partner of Storytech, served as Head of Video Programming & Originals at AOL and led the US acquisitions and development efforts for pioneering video platform Babelgum.com overseeing their international comedy business. Amber J’s digital leadership and forward thinking resulted in her nomination for PGA Top 25 in Digital and being awarded the NATPE Luminary Award. Lawson sits on several boards and is chairman of the Membership of the IMPG of The Academy of Television Arts & Sciences, an active member of the NMC at the Producers Guild of America. Lawson is a stand for transformation on the planet.