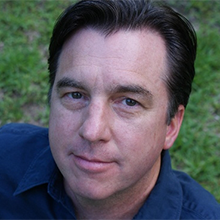 Dan Tynan has been writing about technology since the invention of electricity. He has published literally thousands of stories, most of which neither he nor anyone else can remember. He currently writes and consults for a wide range of publications and private companies, including The Guardian, Adweek, Fast Company, Family Circle, and Consumer Reports.

In a previous life, Tynan was Editor in Chief of Yahoo Tech, now part of Verizon’s Oath. His work has appeared in more than 70 publications (including but not limited to: Wired, Popular Science, Women’s Health, Parade, Consumer’s Digest, Newsweek, Playboy.com). He has appeared on national television (ABC, CNN, CBS, PBS) and been quoted in the New York Times and Wall Street Journal.

Can Big Companies and Startups Get Along?

LVCC, North Hall, N253
Shopping at the Speed of 5G