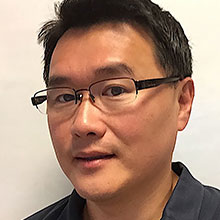 Gene is Vice President of Innovation – New Ventures at Target and head of its San Francisco Office.   He is responsible for developing and incubating new concepts for the $70B retailer, oversees Target’s consumer lab store (“Open House”) and its enterprise accelerator programs in Minneapolis, MN and Bangalore, India.  Gene has championed several of Target’s growth initiatives including new store formats, private label brand strategy and digital technology led concepts such as voice commerce and smart devices.  He previously led Target’s corporate strategy team where he launched the company’s prototyping center and started its internal design thinking practice.

Prior to joining Target, Gene designed robotics and led new product development in the automation industry.  Outside of work, he serves on the Board of Directors for Recycle Across America, is a mentor with TechStars and is an active advisor for several start-ups.  He received an MBA from the Chicago Booth School of Business and holds an Engineering degree from the University of Illinois

Can Big Companies and Startups Get Along?