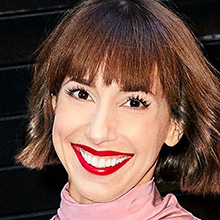 Jessica Pels is the newly named editor-in-chief of Cosmopolitan, the largest young women’s media brand in the world. In her hybrid role, she oversees the content and editorial operations for the magazine, web, social, video, and editorial innovation projects.

Pels is an alumna of New York University, where she earned a BFA in film production from Tisch School of the Arts. She hails from Atlanta, and now lives in Brooklyn.

Beauty and the Tech