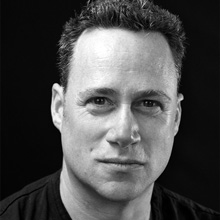 Co-president of independent retail giant Abt Electronics, Jon Abt’s career in the consumer retail industry stretches through three decades. Prior to coming aboard at Abt, Jon spent ten years in the entertainment industry, acting as Project Manager at the GRAMMYs and Director of Marketing at the audio tech company DTS.

In 1997, Jon spearheaded the creation and launch of the e-commerce arm of Abt, a move that would transform the family-owned company’s future. Its consistent growth marked the beginning of a new era for Abt, with web sales now responsible for a quarter of all business. Jon’s current role at Abt has him overseeing many aspects of the store’s business, including e-commerce, marketing and IT.

When not at work, Jon enjoys spending time snowboarding, seeing concerts, and traveling with his family. Jon serves on the board of the For Autistic Kids Foundation.