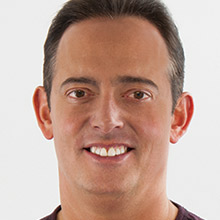 Mr. Schwartz joined Aetrex in 1991 after receiving his BA in History and Economics from Emory University, followed by an MBA also from Emory. He has been serving as President or CEO of Aetrex for over twenty years. During this time the company has grown tenfold and reported over twenty straight years of profitability.

Mr. Schwartz holds numerous patents and has been a speaker at many industry association events, including those hosted by USRA, NSRA, PFA, NCPA and others. He is the proud father of 2 college-age children, is a fitness enthusiast, and currently resides in New York City.