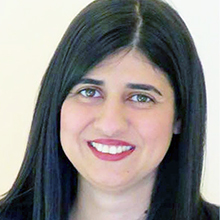 Liron started her career as a scriptwriter, where she successfully raised money from two large funds to write a drama feature film that won first prize for Best Script in the Haifa Film Festival. Liron “pivoted” her career, and joined 888 Holdings, where she honed her skills and developed deep industry knowledge of online marketing.

In 2013 Liron met her co-founder, Oren Zomer, and developed Awear’s platform which enables consumers to get rewarded for wearing the brand(s) they love, and in turn the brand is able to collect valuable insights on post-sale product behavior that could drive repeat sales.
By harnessing the power of IoT and big data analytics, brands can communicate, engage and reward their consumers in real-time, creating a win-win for all.

Play with Your Clothes