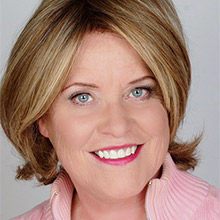 Maureen is CEO of Conners Consulting and a Board Director at Fashion Incubator San Francisco (funded by Macy’s). She is a former Board Director at Deckers (NYSE: DECK, makers of Ugg) during a period of significant growth and the launch of 100+ retail stores Also, she is a Mentor for Retail/E Commerce start-ups at Plug and Play Tech Center and at Silicon Valley BeautyTech Accelerator. She is a visionary leader and former Senior Exec at Gillette (P& G), Levi’s and Mattel – where she helped build world-class brands, launched many new products and helped increase shareholder value.
Maureen advises CEO’s and Boards on global strategy and the implications of new technologies. Her article on The Innovation Era’s Implications for Boards was published by The National Association of Corporate Directors (Directorship Magazine). She has been a Speaker at several Retail/ Fashion Tech events, The Deloitte Board Director Symposium and many Board Director Conferences.