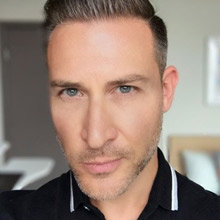 Sometimes called the “man from the future”, Tom is recognized as one of the world’s leading thought leaders and influencers in Augmented Reality (AR), Virtual Reality (VR) and wearable tech. Tom brings over a decade-long track record of running tech teams and providing strategic direction in emerging technologies for powerhouse brands such as Nestlé, Best Buy and MTV. In 2013, Tom founded We Are Wearables which he grew to the largest wearable tech community of its kind prior to its acquisition by AugmentedReality.org. Tom continues to nurture and grow the XR (AR/VR/MR) ecosystem as Co-Producer of AWE, the world’s #1 XR event series. AWE hosts conferences in USA, Europe, Asia and Tel Aviv and AWE Nite Meetups around the world. Tom is an active investor and partner at Super Ventures, a fund dedicated to augmented reality.

Shopping as a Virtual Adventure